More than 60% of people living with dementia fall each year in their own home, resulting in injury, immobility, loss of independence and more rapid transition into residential aged care.

The CDPC project “Understanding risk and preventing falls and functional decline in older people with cognitive impairment” has identified several novel fall risk factors for older people living with dementia in the community.

The project, said research manager Dr Morag Taylor, has enabled the team to further their understanding of factors that contribute to fall risk in community-dwelling older people with dementia.

The project also demonstrated that physical inactivity and decline in cognitive ability in areas such as problem solving and managing life tasks (executive function) were associated with physical decline and falls in a sample of older people that included people with dementia.

However, adherence to the program declined during the study period, only 45% of the prescribed exercise sessions were completed and 52% of the participants enrolled were still exercising at study completion.

A program using iPads to deliver a tailored and progressive exercise program, StandingTall was then trialled to determine if using technology to deliver exercise in people with dementia was feasible and could improve adherence to exercise. StandingTall scored well on enjoyment, had acceptable usability and seemed feasible for older people with dementia and their carers. On average, participants were exercising for 65 minutes in week-12. A larger trial is now needed to establish whether this program can reduce falls and fall-related risk factors.

This three-year project has added considerably to the academic literature examining the link between physical ability, cognition, and falls in older people with dementia and highlights potential fall risk assessment strategies, as well as opportunities for targeted interventions. 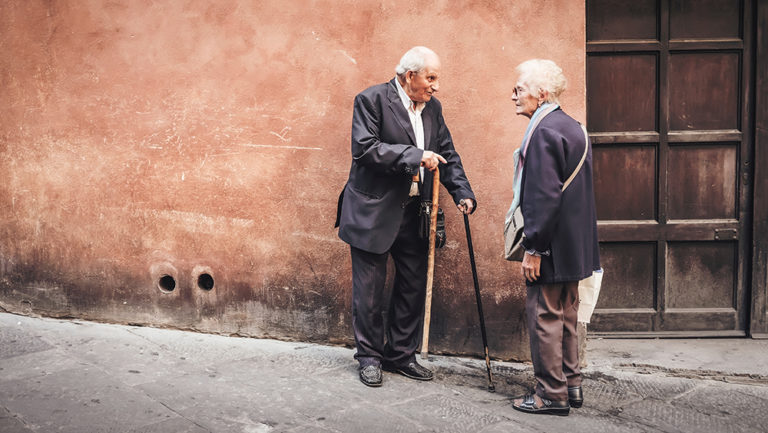